By Maggie Ayres - November 05, 2019
The Solway sky was the first sky that I looked up and saw as a tiny infant.
A sky big and open and I was imprinted on it.
My sky...

All last year, I had been dreaming of spending time on my own in some isolated bothy somewhere off the west coast of Scotland in order to feed my work, but then I visited the Wildfowl and Wetlands Trust site at Caerlaverock here in South-West Scotland.

And so it was, that just over a year ago, with breathless revelation, I started mulling over the possibility of making an artist’s residency for myself, down there on the Solway coast, no more than a couple of miles from where I first lived as a child.

Why had this certainty not occurred to me sooner?

I must have been seduced by romantic ideas of rugged west coast wildness, transforming soft graphite lines into dramatic Hebridean mark making.

But when at last the relevance of the sense of this place slotted into my vision for my practice, there could be no more reckoning.

By the end of 2018 I had devised a plan but it was very much dependent on securing funding from the timely South of Scotland Visual Artists and Craft Maker Awards.

I was clear.
I needed to rent accommodation for one week as near to the WWT site as possible.
I found one that was just a quarter of a mile away.
It might actually work.

The application, crafted and honed and reworked, was submitted and then I waited.
I waited and tried to forget that I was waiting.
But at last in the middle of March they said “Yes! You may go on your self directed residency!”
But my funded project would have to be carried out by the end of November 2019.

Since I was intent on spending time with the geese and swans from colder Northern climes as they overwintered on the Solway, it would leave me a fairly narrow space of time to be there.

They began to arrive in October.
I will be arriving this Friday. 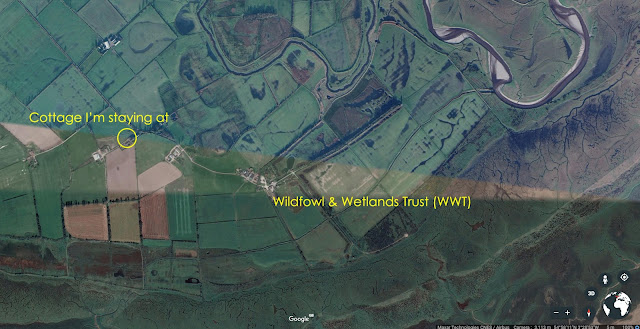 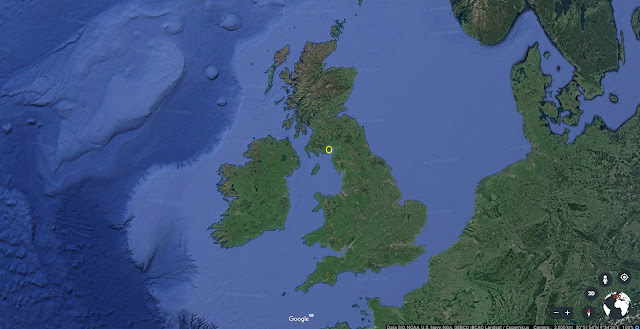 Jualis said…
Look forward to seeing your work from this Maggie. You have such a way with words. Enjoy every minute, Judith. x

katierobertsart said…
How wonderful Maggie to realise such dreams, congratulations to you and I can't wait to see your work. I am very much hoping I get to meet you and see your work in person when I visit in early December, if you would like to too. Till then, enjoy the solitude! Katie :)
6 November 2019 at 13:43

Unknown said…
Will be looking forward to seeing how things come along :) Glad you got the funding!
Have you read Stephen Rutt's book Wintering? He's a local author who just realised a book about our visiting Geese.
9 November 2019 at 17:45

Mary Smith said…
What a wonderful opportunity, Maggie. Enjoy it - and I hope it will be a creative time for you.
9 November 2019 at 22:29

Maggie Ayres said…
Katie - I hope we will get to meet up too.
This time away is very exciting and daunting too.
I so much want to make the most of it x
11 November 2019 at 18:12

Maggie Ayres said…
Unknown -I am just finishing it and so enjoyed it. I bought it at Wigtown Book Festival where he was speaking and I made myself save it for this week! Thanks for your comment😊
11 November 2019 at 18:15

Spotted the reference to this on F/B.

Drawn to it particularly because of where your workplace is situated.

Anything to feed the nostalgic appetite I have for this wee area from Caerlaverock over to Ruthwell …......!!

From the map, it looks like along the road after Bankend, turning off left just before Shearington along the Blackshaw road (Blayshay to we locals!!). The cottage itself seems to be at the roadend to Hollands Farm.

My first 'girlfriend' when I was about 9 or 10(!!) was Barbara Graham who lived in the Lands Farm, which is the previous turnoff. Her uncle had the Hollands Farm.

Glad to know it has a pull for you too, even although we left for Cockermouth when you would just be 5. But these things of course get inside your bones, even more so with age!!

The WWF – the Merse as we called it – and Caerlaverock Castle were the 2 main attractions for us as kids given the freedom, unfettered by parents, to roam, in a way unheard of nowadays. And in those days, they were free ….... which makes it all the more difficult for me to accept that I now have to pay to access them!!

By the way, there's a F/B page called Caerlaverock Community Association which I follow which covers 'all things Caerlaverock' and, given your blog comment :-

"Since I was intent on spending time with the geese and swans from colder Northern climes as they overwintered on the Solway, it would leave me a fairly narrow space of time to be there.
They began to arrive in October."

you might find the page interesting and helpful …... the 2 most recent videos posted on it are of geese and swans flying by in formation over the area.

Anyway, good luck with your project. I'm sure you'll make the most of it, both in your head and in your art. 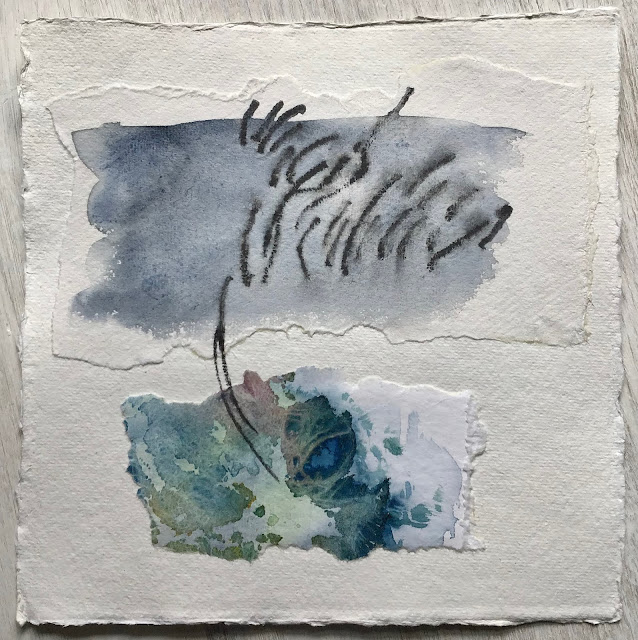 Since I set up a table in our living room, locked out of my studio, oh it must be years ago now, I’ve been getting used to new ways. Moving water and paint around in fluid flows across comfortingly weighty papers has been my distraction. Making a fresh familiar. Trying not to listen to any predetermined directions that I offered up, I have splashed and poured and spilt and stroked. Torn boundaries. Isolated eddies. Dried markings. Swirling and coalescing  into the beyond. I see worlds that are watery and sky. Land that is undefined and one. Sky and land together, inseparable. And so began a new series of small works on paper - collages with watercolour, India ink and graphite on textured paper. About the wholeness of our environment. No separation. Made slowly. This narrative thread trails on along many paths and ideas. And there will be many workings on the theme as I try to make sense of their meaning. For me. And for universal connections too. From time to tim
Read more 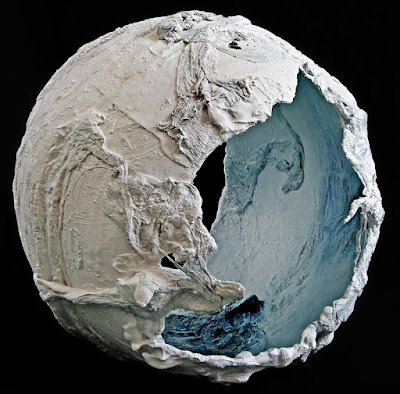 There are 3 things that without fail I will cry out as it gets closer and closer to Spring Fling , the Artist's Open Studio Event in SW Scotland this weekend: "I'm not going to have enough work finished in time!" "What if nobody comes?" "What if people think my work is rubbish/a joke/not worth looking at?" This will be my 3rd year and so far, in reality, it's been a grand experience. And so far, none of the above has arisen (at least no one has been harshly critical to my face). Most of my work is made in isolation, so it's always good to meet people who are interested in seeing what I do, and gauging reactions. If you're in the area this weekend, do take the time to pop in and introduce yourself. "Curve" - a sculpture in plaster, scrim and acrylic - click on the image for a larger version
Read more